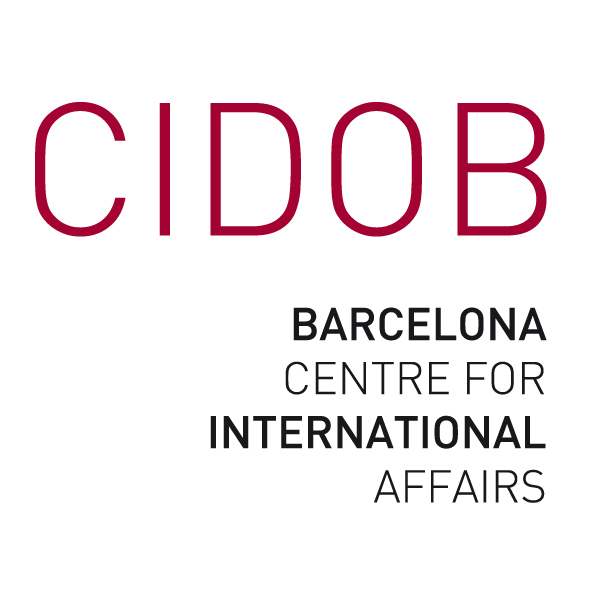 CIDOB is an international affairs research centre that, through excellence and relevance, seeks to analyse the global issues that affect political, social and governance dynamics, from the international to the local.

As a recognised independent civil society born institution with a long history, CIDOB pursues excellence and rigour in its analysis, publications and projects. It aims to be a useful tool for society, to ensure open access to knowledge and to promote the study of the international issues that affect citizens’ daily lives. CIDOB seeks relevance and social impact for its research and attends to public institutions’ needs and requests for international information, aiming to influence decision-making processes and provide alternative visions.

CIDOB also promotes innovation in the analysis of global politics, with the aim of transcending classical international relations structures and considering the growing impact of global phenomena on local realities. Innovation in research also involves opening up new lines of research to keep pace with current social transformations.

CIDOB also seeks to mobilise a large number of social actors, to reach new audiences and to network with public institutions and civil society. Its objective is to continue being a leading European and international centre for the study of global politics, as well as a meeting point and window to the world.

The Elcano Royal Institute is a think tank specialised in international and strategic studies conducted from a Spanish, European and global perspective.

Its goal is to promote knowledge of the current international situation and of Spain’s foreign relations, as well as to provide a focal point for debating and generating ideas that may prove useful in the decision-making processes of political office-holders, the leaders of private enterprises and public institutions, social actors and academics.

The overall concern is to be a meeting point for the exchange of ideas and the search for consensus in a spirit dominated by the defence of democracy, multilateralism, the social market economy, freedom and human rights.

Created in 2001 as a private foundation, the Elcano Royal Institute’s organisational structure balances public and private interests and fosters the exchange of ideas in a plural and independent environment, providing the scope for diverse political and social outlooks.

The Institute’s work appears in the form of a wide variety of publications and reports, which are freely accessible via its website and blog. It also organises working groups, seminars and conferences. In order to enhance its presence and influence abroad it participates in numerous international networks and projects.

The Elcano Royal Institute’s research is structured along thematic and geographical lines. The former include –among others– energy and climate change, security and defence, the global economy, international terrorism, the image of Spain abroad, and demography and migration. Geographically, Europe, the Atlantic space, Latin America, Asia-Pacific, North Africa and the Middle East are of particular interest to the Institute.

The Institute has a stable and multidisciplinary team of highly-qualified analysts and a wide-ranging network of associated experts. It also counts on the participation of outstanding figures in Spanish public life linked to foreign policy and defence, the economic and business communities, public administration and the academic, cultural and social sectors. The Institute’s Chairman is José Juan Ruiz and its Director Charles Powell.

The Elcano Royal Institute takes its name from the navigator Juan Sebastián de Elcano, who completed the first maritime circumnavigation of the world in 1522.