DEA is an independent, non-profit think tank based in Copenhagen, Denmark. Our mission is to promote intelligent and effective investments in research, education and innovation that contribute to higher growth and productivity. We strive to fulfil this mission by providing high-quality research, analyses and policy advice, and by engaging in constructive dialogue with the political system and key public and private stakeholders. We also collaborate with relevant public and private companies to ensure that policy development is informed by needs and insight from industry.

DEA aims to be a credible and impartial source of insight into research, education and innovation policy. To that end, we:

DEA was founded and is still partially funded by the private foundation Danish Society for Education and Business. In addition, DEA’s work is supported by membership contributions from partners, which for example includes education institutions, private companies and interest organisations. Additional funding for our activities is derived from donations, grants from public and private foundations, and commissioned research, analyses and consultancy.

We are based in Denmark but concerned with issues that transcend national boundaries. Nations across the world face similar challenges in e.g. promoting fruitful university-industry collaboration, stimulating high-growth entrepreneurship, and ensuring that young people obtain a high quality, in-demand education. We prioritise dialogue and collaboration with researchers, policymakers, think tanks and non-governmental organisations in other countries to allow for mutual inspiration and to find new solutions to common problems.

The Danish Institute for International Studies (DIIS) is an independent, public research institution for international studies. The institute conducts and communicates multidisciplinary research on globalisation, security, development and foreign policy. DIIS participates in academic networks and publishes in high-ranking academic journals, always striving to excel in academic scholarship. DIIS furthermore has a focus on assessing Denmark’s foreign and political situation and inform the Danish media, politicians and the public about its work.

EUROPA is an independent Danish think tank that seeks to qualify, refine and influence debates on the European Union. The think tank gives high priority to cross-disciplinary approaches, with current staff backgrounds from political science, statistics, rhetorical studies, and journalism. Created in 2013, EUROPA is today a hub for EU-studies in Denmark and serves as a meeting place for leading EU-scholars. Public opinion is a core research area, and a trademark of the think tank is its regular polls surveying Danish EU attitudes. As of February 2018, Think Tank EUROPA has 12 staff members, including industrial PhDs, and an annual intake of up to 80 of the brightest students from Danish universities who make up its ‘Europe Academy’ – a competitive, interactive study programme on topical EU-matters. It is a key objective of EUROPA to combine research excellence with policy relevance and public outreach. Therefore, the think tank hosts a multitude of open seminars, international conferences, and policy discussion groups, and it is regularly among the most cited think tanks in the Danish media. 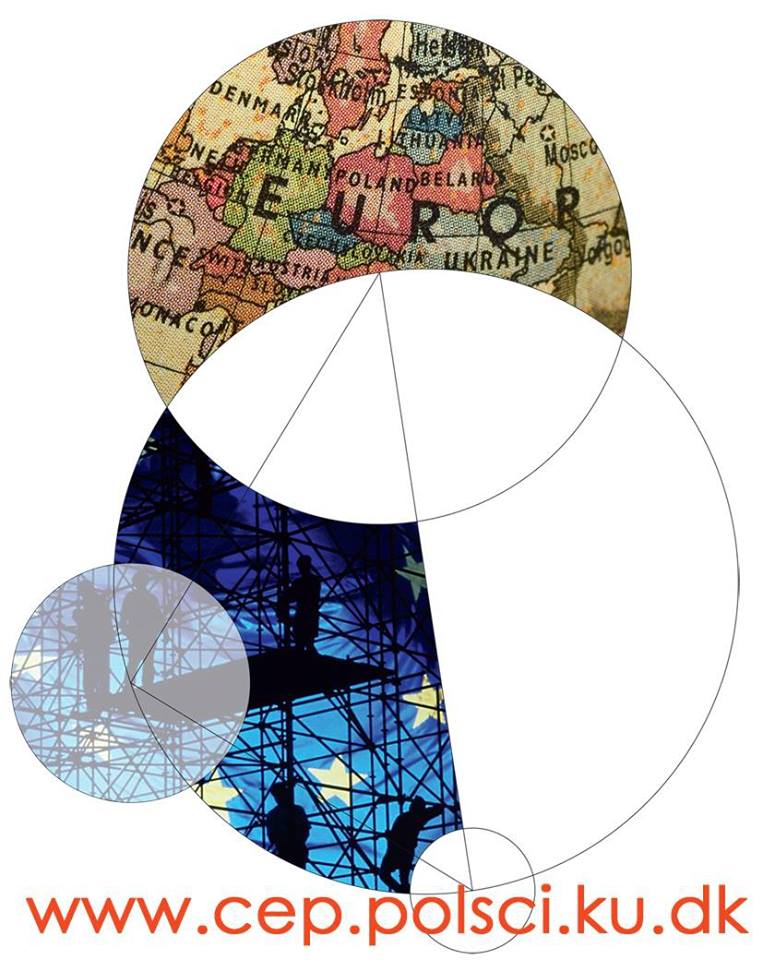 Centre for European Politics (CEP) is a research centre at Department of Political Science at University of Copenhagen. The centre was established in October 2007 and concerns itself with research within the field of European politics, especially research on the European Union.

Research at CEP can be divided into four broad research areas, which together constitutes the framework for the centre’s cutting-edge research on the EU and Europe.  Europe is understood as a social, economic, legal and political space in which identities, cultures, norms and institutions play a role.

The centre focuses on four broad research areas: EU’s political system and institutional development, the external role of the EU, europeanization, implementation and states’ – especially Denmark’s – relationship with the EU, and fundamental problems of political science in the understanding of Europe’s development and the European integration, which together constitutes the framework for the centre’s cutting-edge research on the EU and Europe.

The research encompasses all the sub-disciplines within political science and often involves cross-disciplinary work. Research at CEP is not bound to a specific methodological or theoretical approach, and great emphasis is put on advancing interdisciplinary research. The centre emphasizes co-operation with other researchers, both nationally and internationally, and attaches great weight to strengthening the research networks in Denmark and the rest of the world. Consequently CEP is taking part in the interdisciplinary research programme EURECO (European Research at the University of Copenhagen), which was started in 2009 in collaboration with the Faculty of Humanities and the Faculty of Law.

The starting point for research at CEP is the high quality scholarship focused on Europe that has been carried out at the Department of Political Science at the University of Copenhagen throughout the years. The Department was a hub for several large research projects in the 1990s, including the Copenhagen Research Project on European Integration (CORE). The Department was also a key player in the University’s priority research area: ‘Europe in Transition’ (2004-2008).

The purpose of the centre is to strengthen the University of Copenhagen in the international research field, to take educational initiatives and to make sure that the work of the Centre’s many internationally acknowledged researchers is brought to public notice in an approachable form. Furthermore, the centre often arranges events such as debates, lectures, lunch meetings, ‘work in progress’ seminars etc. with EU practicians and experts who can give a unique insight into different aspects of the EU.