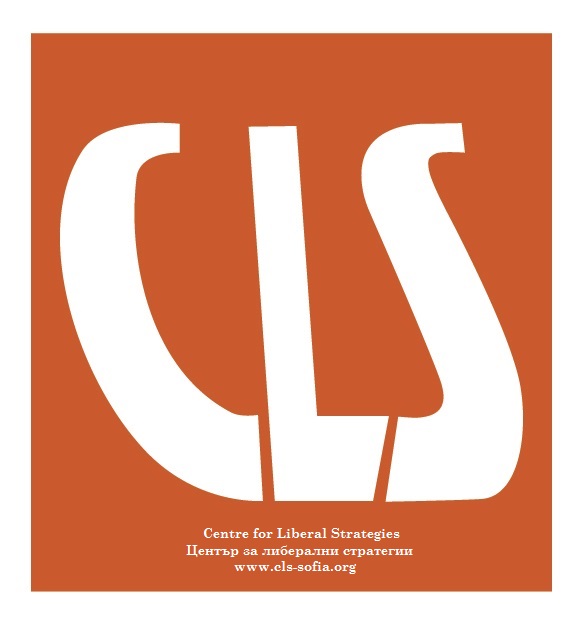 The Centre for Liberal Strategies is a Bulgarian multi-issue think tank established in 1994 and based in Sofia. It is an independent, non-profit public policy institute operating in public benefit. The CLS team combines a strong academic background with various forms of direct involvement in the political process, civil society, and governmental institutions.

CLS’s projects and research fall under five programs – Europe and the world, Democracy, State of society, Rule of law, and Economics.

Among the main avenues of CLS’s interests and research areas are: internal and external challenges for the European Union; integration of South-Eastern Europe into the European Union; Balkan-US relations; macroeconomic analysis, long-term economic development and growth, social capital, evolutionary economics and new institutional economics; state weakness and corruption; prevention of political, social and economic crises in the region; innovative techniques for understanding and influencing the political process.

CLS has developed several projects aimed at analyzing the opportunities for public support for reform policies and at consulting policies with the citizens (deliberative polls, European Citizens consultations). CLS is implementing also different tools to engage citizens in the political process as online votes and pre-election electoral tests both for the general national (Glasovoditel) and European elections (VoteMatch Europe).

The projects in which the CLS has been involved have a strong European and regional component. CLS was a prominent participant in high-profile projects with significant importance for South-Eastern Europe. CLS benefits from its well established network of international contacts and from the vast experience of its staff with European-oriented comparative projects.

CLS is ranked 8th amongst Central and Eastern Europe think tanks in the 2017 Global Go To Think Tank Index compiled by the Think Tank and Civil Society Programme of the University of Pennsylvania.

The European Institute (EI) is an independent policy centre that was founded in April 1999 just before Bulgaria started EU membership negotiations. Since its creation the Institute has become one of the leading Bulgarian independent policy centres dealing with matters related to European integration. It has commendable in-house expertise of practitioners who have worked with the EU and boast a profound understanding of the process of Europeanization and legal harmonization and compatibility within Member States. Similarly, the EI has developed a comprehensive network of external experts in key areas like Justice and Home Affairs, Migration, Integration, Social Policy and Disadvantaged Groups, Enlargement, Youth policies, etc. Thus EI’s expertise is widely recognized both by the governmental and non-governmental community in Bulgaria, as well as neighboring countries, and – increasingly – in South East Europe and EU MS.

remained relevant both for its work in Bulgaria and the neighboring countries:

3. Stimulate the public debate on EU-related issues at various levels;

4. Strengthen the capacity of stakeholders to participate more actively in the policy-making and decision-making processes.